I was born in Prato, Tuscany in 1993. Music has always been around me, and me around the music. My parents use to listen to music all day long: most of the times it was also the morning alarm! I started studying music at 8, my first instrument was the alt saxophone and my first favourite artist was Charlie Parker. In three or four years I was completly inside this world and was looking for my first trio or quartet: it turned out nobody in my school wanted to play jazz, and I had to change instrument to be in my first band! So did I, and started over with a complete new thing for me, that was the drums. It took another three years to have a real drum set in my house, so in the meantime I had to practise and do reharsals in other places, where I started to teach music very soon, when I was 12 or 13. I used to teach guitar, because I found it quite easier to play and to explain, dealing of course with simple songs, and there was several more guitar players than drum players out there. Then I would save up the money to buy my first drums, which as I said took me three years (and a lot of my parent’s help).

At this point I had everything I needed: two bands, a lot of live shows, original songs, a place where we (me and my band mates) had built a reharsal room with all the necessary to make records, so we started to look for gigs more and more away from home. We finally got to do our first show out of town, then out of Tuscany, and then out of Italy, and eventually our first european tournee. Ten days of pure magic, the closest thing to a movie I ever lived. I was 17 by that time and I was teaching drums in a middle school in town, and guitar privately at my home.

I was attending both drums (with Marco Battaglioli) and guitar (with Luigi Gagliardi) classes at the comunal music school, the Scuola di Musica Giuseppe Verdi: I studied drums for 6 years, and guitar for 7. But that was not the end. After the high-school I started to teach guitar in private schools, first near Siena, after four years in Florence. I had to stop teaching drums because nobody wanted a single person teaching two different things, I couldn’t understand where the problem was… and after another 6 years I still haven’t found the answer, but things are changed and now I’m allowed to teach both instruments! Yeeee 😀 and I’m very excited about that because I can finally teach music the way I learned it, and grow musicians who listen to each other and do music together, in real time, which I really love to do.

Since that moment when I became a full time musician I have grown as a person and as a professionist. I had the luck to do many different things, from jazz orchestras playing classic jazz to rock orchestras playing Jesus Christ Superstar, I have published singles with the band Damiano Grazzini & Interno 17, and the rock singer Gregorio Mucci, which you can find everywhere in internet. But I’m developing a personal repertoire as well, and you can find my songs too everywhere in internet, starting from this website (go check it!). I love to do soundtracks too, and to arrange songs for songwriters. Actually I love to do literally everything when it’s good music or a good video or a good lyric.

And this elegant man up here is one the most important persons to me, for my vision of the music. Claudio Fabi is one of most important names when it comes to italian producers, from the late 60’s he has produced some of the most popular italian artists, working a lot in the U.S. he has a vision of the music that is quite anomalous in the italian music business, because it comes from lots of different points of view. He tought me so many things that I really have to see him as one of my most important teachers, even if he was actually my boss. And I’m very proud to say that he has been my very first producer! I’m looking forward to record new songs and follow the music, wherever it takes me, and I hope it will continue to lead me where I never thought I could go, like in this other picture down here, where I, in the center, was playing at the Pistoia Blues Festival with my teacher Nick Becattini, at my right, right after blues legend Charlie Musselwhite and before one of my local guitar heroes…

This time, where will the music be? 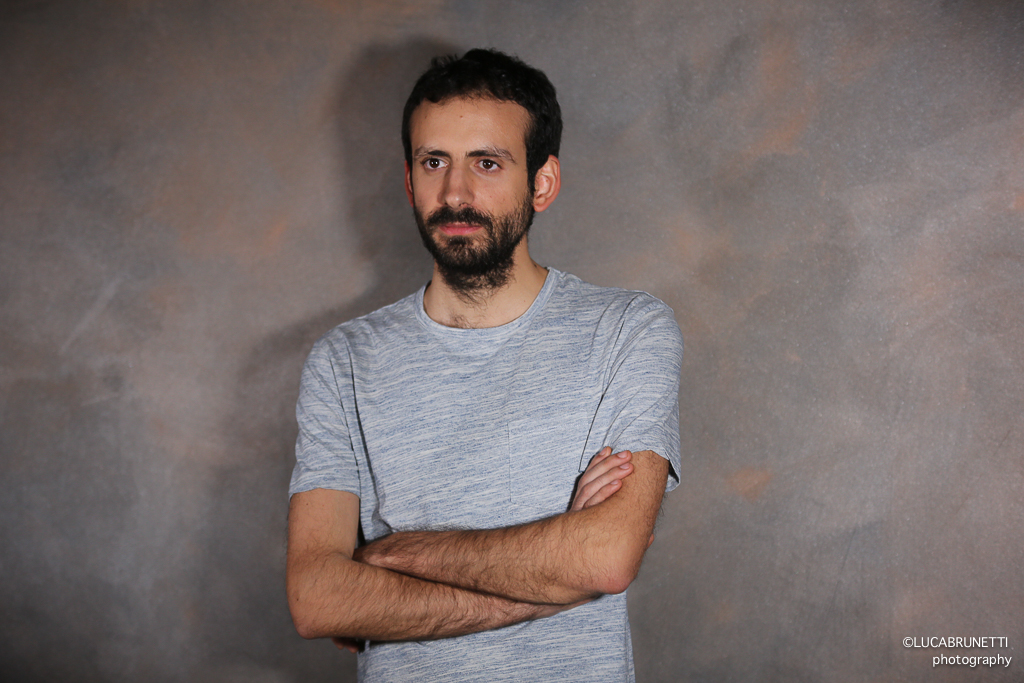